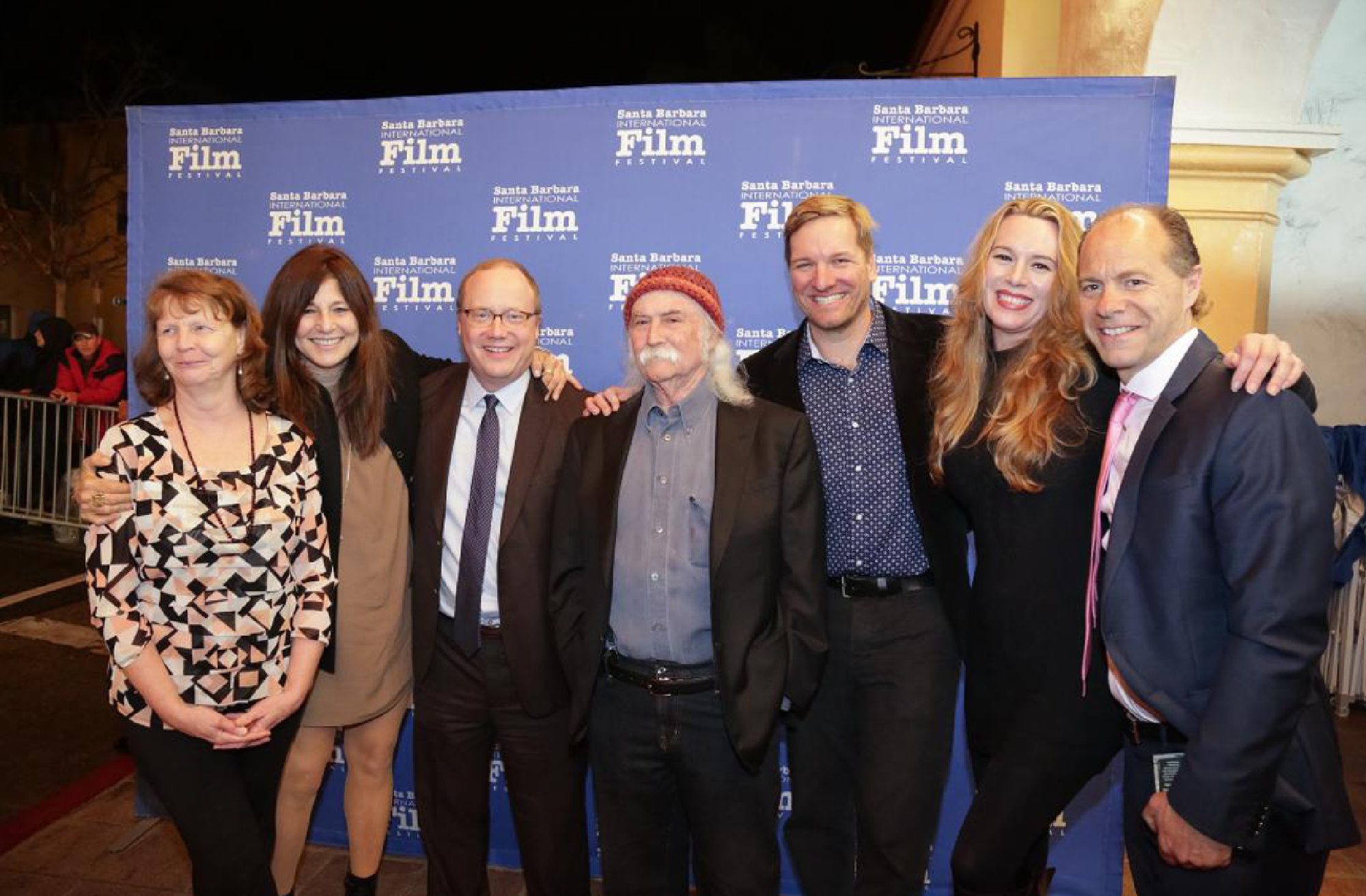 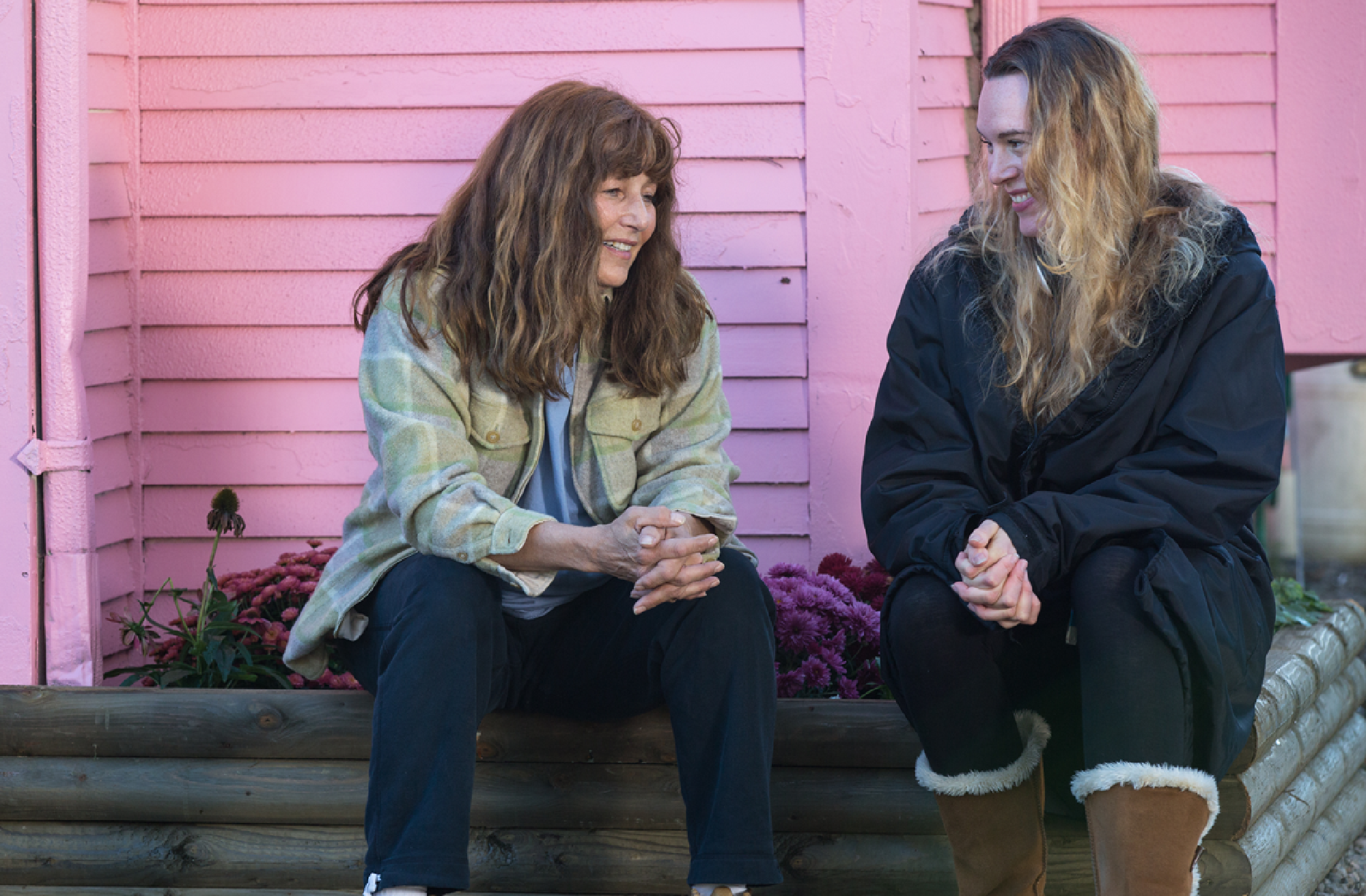 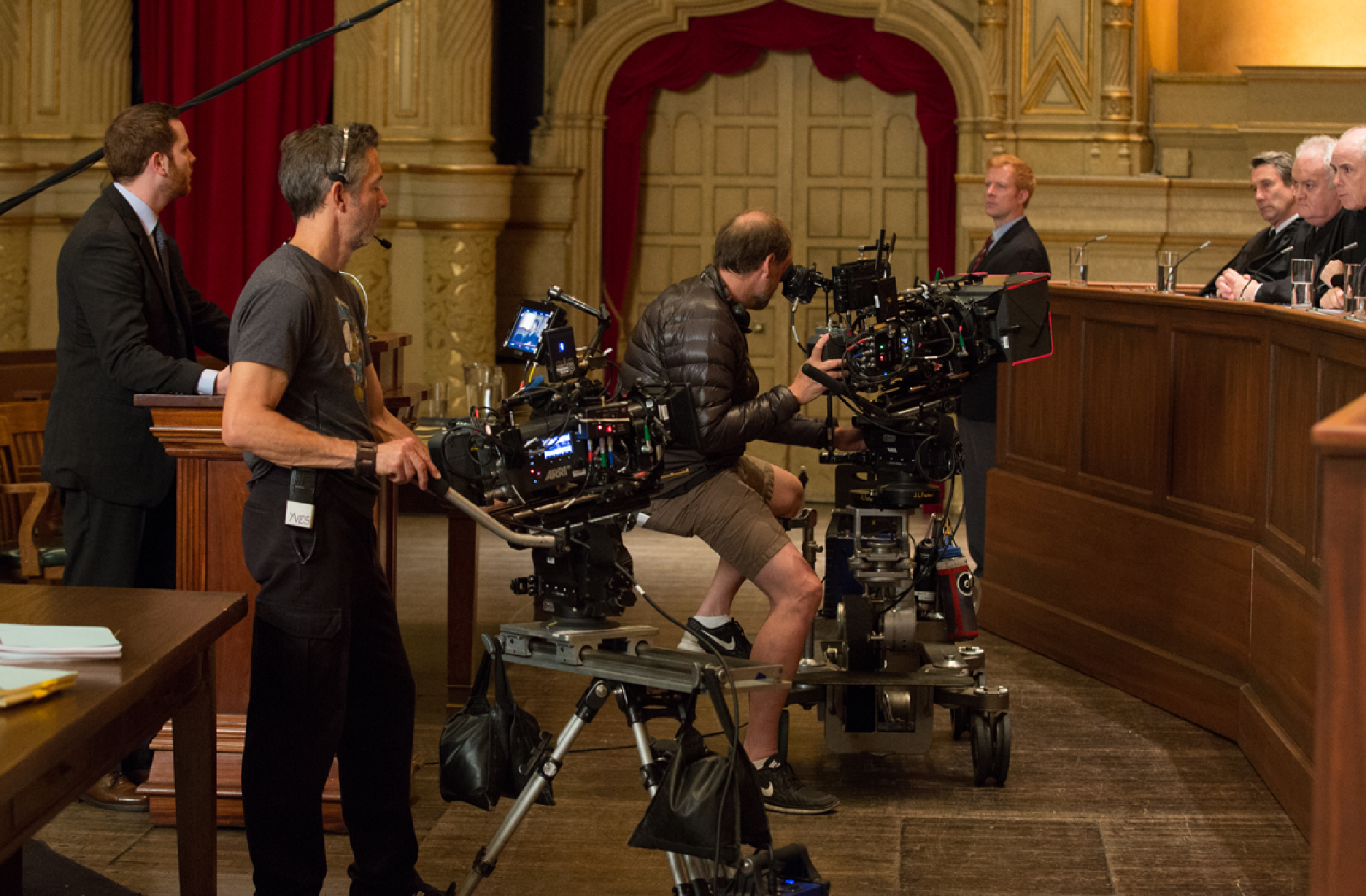 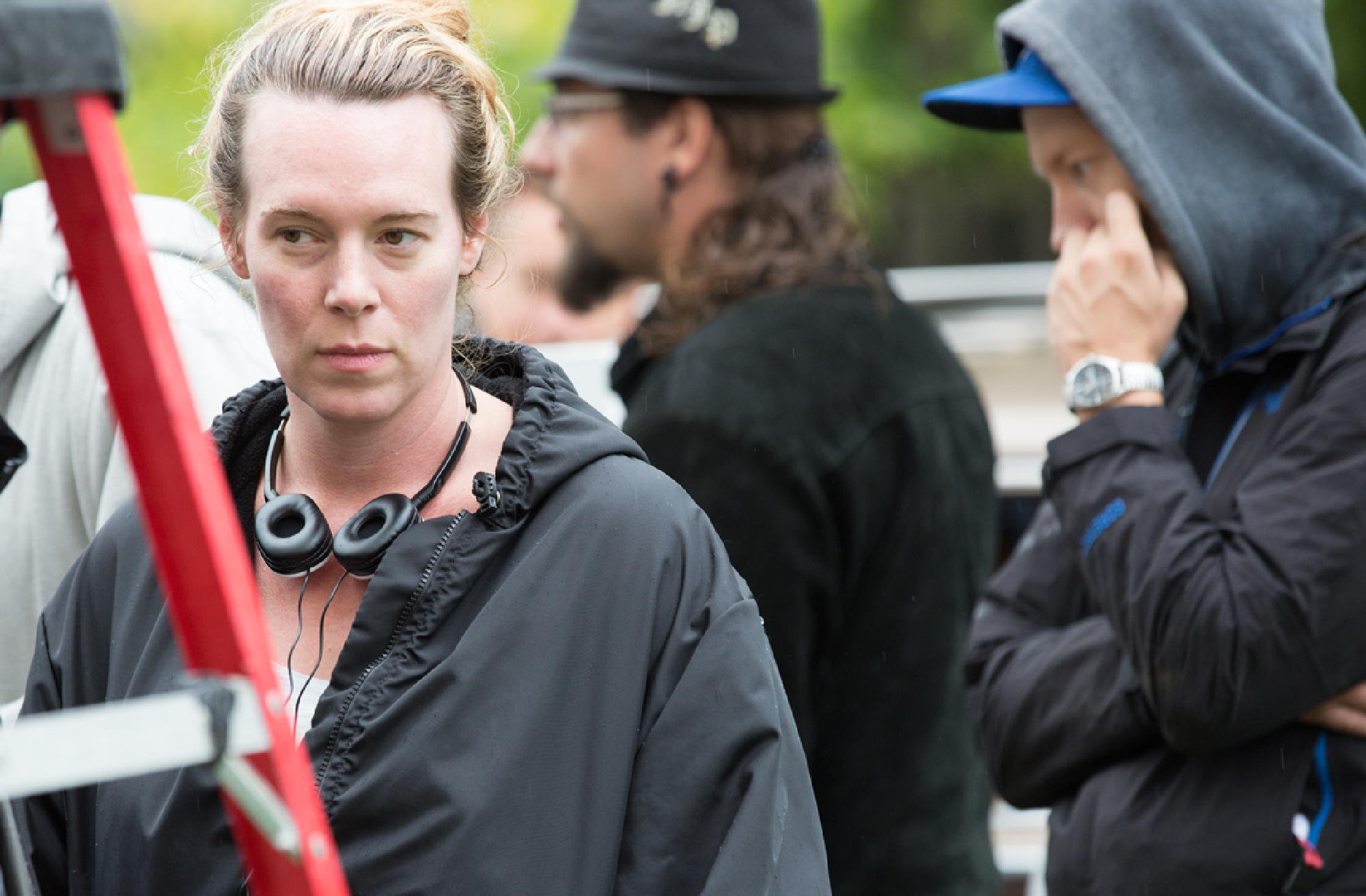 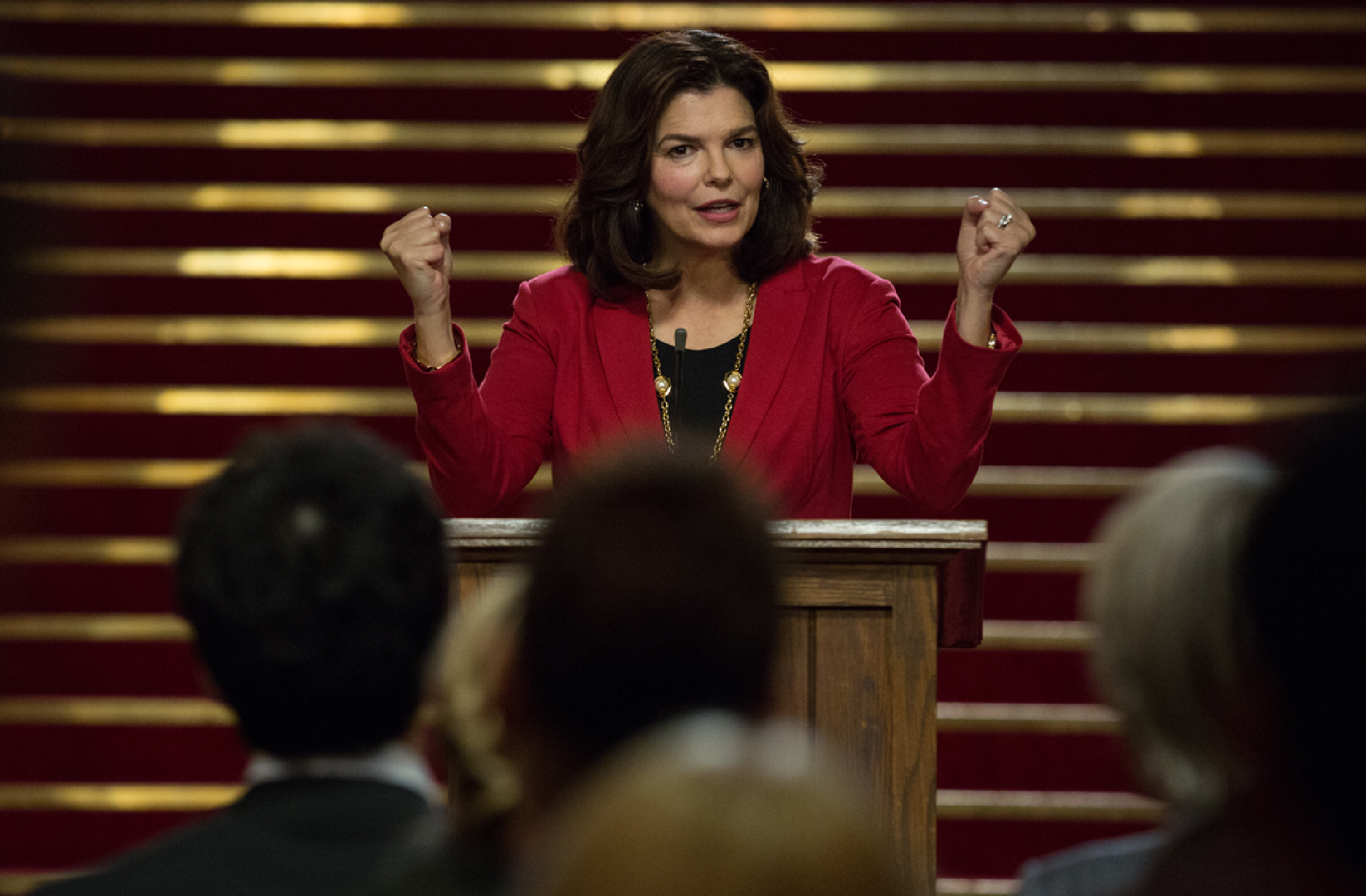 Ted Balaker is an award-winning filmmaker, journalist, and founding partner of Korchula Productions.

Ted directed and produced the award-winning documentary Can We Take a Joke?, which examines the clash between comedy and outage culture and features comedians such as Gilbert Gottfried, Penn Jillette, Lisa Lampanelli, and Jim Norton.

It has been lauded by The Hollywood Reporter, The Los Angeles Times, comedy icon Seth MacFarlane (“Excellent … Very necessary”), and by viewers who give it an average rating of four or more stars on Amazon, Google Play, iTunes, Hoopla, and Rotten Tomatoes. The film appeared on iTunes “Top Docs” list for 10 months, and was selected as an Amazon Prime “Recommended Comedy.”

It has screened on nearly 300 college campuses, and has been the centerpiece of many special events including at the Comedy Cellar (New York), the National Constitution Center (Philadelphia), the Boston Comedy Festival, Stanford Constitutional Law Center, and the Newseum (Washington, D.C.).

Ted is a founding producer of ReasonTV, which received the Templeton Foundation’s “Innovative Media Award” during his tenure, and is co-creator of The Drew Carey Project, a series of documentary shorts hosted by Drew Carey. He is an executive producer on the feature documentary Honor Flight, which broke the Guinness World Record for largest film screening when it attracted an audience of more than 28,000 at its 2012 premiere.

His research has been presented before organizations such as the American Economic Association and The Mont Pelerin Society. His written work has appeared in many publications including The Huffington Post, The Los Angeles Times, The New York Times, Reason, USA Today, and The Washington Post. 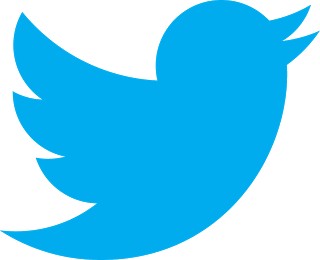 The film has been lauded by the likes of The Hollywood Reporter (“The bottom line—it hits a nerve”) and Deadline Hollywood (“Keener nails the combination of anger, grace, and attitude that made Kelo a nationally known crusader”). It has won a variety of awards including the HBO Audience Award at the Provincetown International Film Festival and the Vail Film Festival Audience Award. Courtney’s script was selected as a finalist for the Athena List, which recognizes the best screenplays with strong female protagonists.

Courtney’s feature film production credits include The Collector (Josh Stewart), American Pie Presents the Naked Mile (Eugene Levy), and Pulse (Kristen Bell, Ian Somerhalder). She produced Can We Take a Joke?, a Korchula Productions documentary featuring comedians such as Gilbert Gottfried, Penn Jillette, Lisa Lampanelli, and Jim Norton. The film has been lauded by The Hollywood Reporter, The Los Angeles Times, and comedy icon Seth MacFarlane, among others.

Courtney began her film career at Neo Art & Logic, a feature film production company with an overall deal with Dimension Films where she developed new screenplays and went on to serve as Vice President of Development. Neo’s credits include He Was A Quiet Man (Christian Slater, William H. Macy), Dracula 2000 (Gerard Butler, Nathan Fillion), and The Prophecy (Christopher Walken).

Courtney spent five years in New York City directing Off-Broadway plays. She specialized in contemporary plays with established actors, and her credits include the New York revival of Austin Pendleton's Uncle Bob starring George Morfogen of HBO’s Oz and Joseph Gordon-Levitt, who went on to star in films such as Inception and The Dark Knight Rises. “The play has dramatic crackle,” writes Bruce Weber of The New York Times. Other reviewers call it “as funny as it is vicious” (The New York Daily News), and “a wonderful experience energized by powerful performances and taut direction” (The New York Post).

Courtney holds a bachelor’s degree in psychology from the University of Colorado at Denver and a master’s degree in theatre directing from the Royal Academy of Dramatic Art and King’s College London.

Based on the true story of a blue-collar nurse who fights for her neighborhood and inspires a nation.

can we take a JOKE?

Comedians push back against outrage culture and ask what the future will be like if we can't learn how to take a joke?

Thanks for getting in touch!